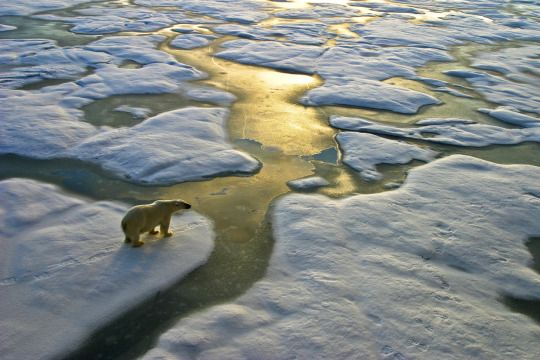 From deadlier heatwaves to longer allergy seasons to more cases of mosquito-borne illnesses, here’s what will happen to our health as the global mercury rises. (Photo: Getty Images)

Despite global efforts to reduce emissions, a new analysis says the world will be six degrees warmer by the end of the century.

Researchers at environmental group Climate Interactive determined that recent pledges by countries around the world on reducing emissions in the next decade will cause the planet to warm by 6.3 degrees by the end of the century (if the commitments are honored). That’s down from an expected 8.1 degree increase if emissions aren’t reduced.

While six degrees doesn’t sound like much, experts say it’s not great. Among other things: It can lead to an increase of infectious diseases and threaten the safety of our water supply.

“Rising temperatures is a really big deal for our health,” Kim Knowlton, DrPH, a senior scientist  and deputy director, Science Center, at the Natural Resources Defense Council, tells Yahoo Health. “Climate change is already threatening our health. A lot of people may not realize that.”

Jonathan Patz, MD, MPH, director of the Global Health Institute at the University of Wisconsin-Madison echoes the sentiment, telling Yahoo Health that climate change is one of the “largest threats to public health.”

Here are the health issues that can arise from a six-degree global temperature increase:

A warmer atmosphere (as caused by climate change) can hold more water, Knowlton explains. When that occurs, it causes longer period of drought and big deluges when rainfall actually takes place.

Mosquitos, ticks, and other types of insects that bite like warmer weather, humidity, and disrupted water patterns, Knowlton says. And, unfortunately, they can carry harmful viruses like the West Nile and Chikungunya viruses (mosquitos) — which are already spreading faster and wider than they ever have before — as well as Lyme disease (ticks). Happier mosquitos and ticks mean we could face more instances of these diseases.

Those deluges that can be the result of a warmer atmosphere can leave us open to the possibility of a contaminated water supply, says Patz. “Increased frequency of severe rainfall events (two inches or more a day), can threaten the water supply’s safety,” he says.

Here’s how it works: Big rainfalls can overwhelm the ability of water treatment systems to purify drinking water. As a result, pathogens like cryptosporidium and giardiasis (both of which cause severe diarrhea) can be washed into drinking supplies and wells. Those pathogens “can make even healthy people ill,” says Knowlton.

Pollen season becomes longer with rising temperatures, and we’ve already seen the impact climate change can have on it.

“Ragweed season has become two to three weeks longer since 1995 in a swath of states in the central U.S. because of rising temperatures,” Knowlton says, adding that it will only increase around the country as temperatures rise. “That’s quite arresting for the 25 million Americans with asthma,” she adds.

Many crops can only live and thrive within certain temperatures. “There are major concerns about crop failures with higher temperatures,” says Patz.

With rising temperatures, we may see a decline in production of certain fruits, vegetables, and healthier foods — and some may even cease to exist.

As temperatures increase, many forms of air pollution increase as well. “Ozone smog has higher concentrations the hotter it is,” Knowlton says.

Wildfires, which happen more with drought and high temperatures, also impact air quality — and smoke from those fires can drift more than 1,000 miles away from the source, Knowlton says.

While health issues caused by air pollution seems like more of a problem in developing countries, it can impact us as well. “Every year, millions of people die prematurely from air pollution, and that’s in the U.S. as well,” Patz says. (A 2013 study from MIT found that air pollution causes an estimated 200,000 premature deaths each year.)

But experts say the most direct effect is heat-related illnesses and death. “Heatwaves will be more frequent, intense, and last longer in the future,” says Knowlton. “They’re not just an inconvenience, they kill people.”