Daniel Murphy received his medical degree from the University of Iowa and spent six years working with Caesar Chavez at a clinic for farm workers where he was involved in initiating legislation against pesticide abuse. Early in his career he trained doctors in Mozambique and worked in Laos and Nicaragua.

Murphy started working in Timor-Leste, then East Timor, in September 1998 when it was occupied by Indonesian forces. Although he was forced out by the Indonesian government after a few months, he returned in September 1999 with a commitment to provide free, essential healthcare for the poor and underprivileged people of Timor-Leste through the Bairo Pite Clinic.

Murphy set up his first makeshift clinic in an abandoned Indonesian military clinic in the Dili suburb of Bairo Pite. His first patients were sick women and children and Timorese rebels who’d suffered gunshot and machete wounds and had been tortured.

The clinic has evolved into a comprehensive community health care service that has trained more than 1,000 medical students, 40 nurses, 26 midwives and 26 lay-midwives that treat women in remote villages. With a team of 70 Timorese staff and volunteers, the clinic sees about 200 outpatients a day, delivers more than 110 babies each month, and conducts 400 mobile clinics in remote mountain villages. Care remains free of charge.

Murphy received the Distinguished Alumnus Award from the University of Iowa Carver College of Medicine as well as the Sergio De Melo Award for his work in Timor-Leste. In 2009, he was presented the Medal of Merit, Timor-Leste’s highest honor. He recently was a runner up in the annual “The One” Rotary award, a worldwide competition for humanitarian work.

Dan will also be at Rainbow Bookstore on Monday, September 28th at 7pm to discuss his autobiography Breakaway. His autobiography covers his life up until he moved to Timor-Leste. All book proceeds benefit Bairo Pite Clinic. 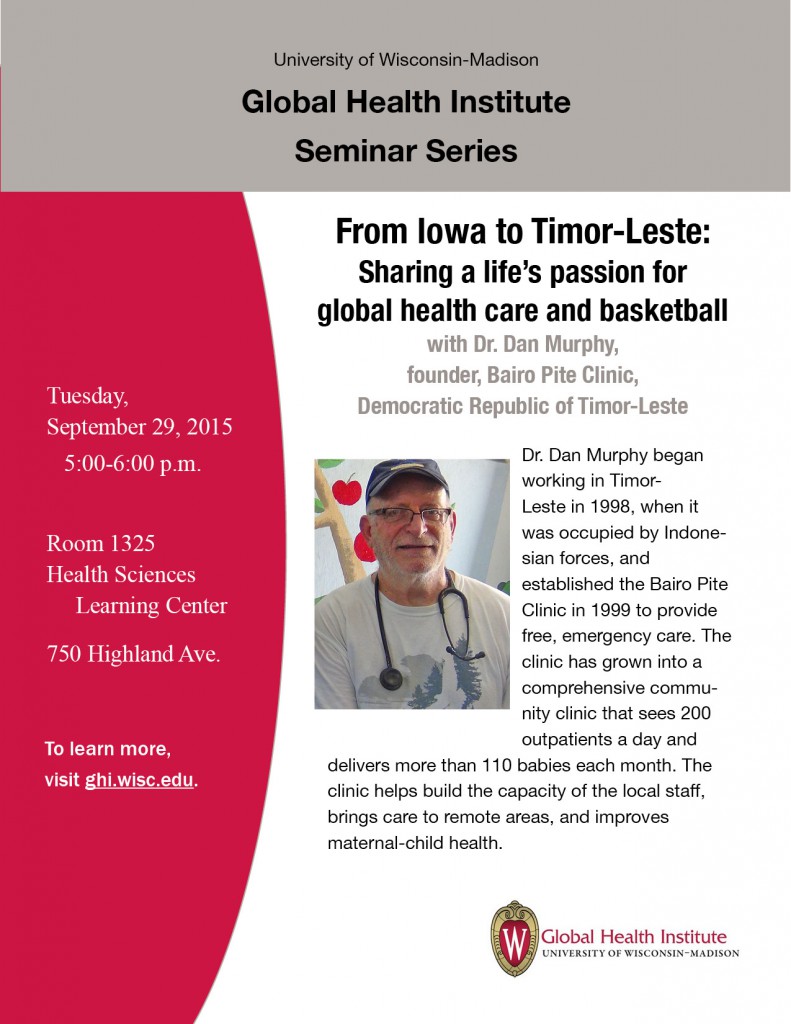