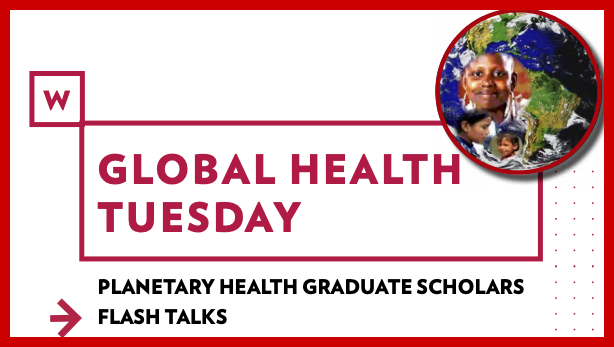 The Spring 2022 Global Health Tuesday webinars at the University of Wisconsin-Madison will delve into the global fight to cure childhood cancer and the story of Firestone Tire’s exploitation of the rubber industry in Liberia. The spring webinars will also host the Planetary Health Graduate Scholars and look at what steps we can take to reduce opportunity for the next virus to spread and what we can do to prepare for another pandemic.

The first webinar, from 5:00 to 6:15 p.m. (CST) on January 25, follows the complex and compelling journeys of four children with cancer and their health care teams in Guatemala, El Salvador, Myanmar and Egypt. Participants are asked to watch the film, “How I Live,” prior to the webinar. On January 25, filmmakers will discuss global health disparities and health care delivery challenges in resource-limited settings.

On February 22, UW-Madison professor Gregg Mitman, an award-winning author and filmmaker, will discuss his new book, “Empire of Rubber.” In it, he traces how the Firestone Tire and Rubber Company, through capitalism, racial exploitation and environmental devastation, transformed the land and the nation of Liberia.

Hosted by the UW-Madison Global Health Institute, the Global Health Tuesday seminar series showcases the complex challenges of global health and those working to address them. Educators, researchers and practitioners from campus and across the world share their experiences, providing insights, encouraging conversation and helping connect colleagues locally and globally.

January 25: “How I Live” film discussion

Each year, 300,000 children and adolescents are diagnosed with cancer, and 80 percent of them live in low-income countries. The survival rate for children in high-income countries is 80 percent; in low-income countries, it is 20 percent. “How I Live: 4 Families. 5 Countries. And the global fight to end childhood cancer.” follows four children for four years. From diagnosis through treatment, the film explores the challenges children, families and caregivers face in resource-limited settings as well as the power of love, courage and tenacity.

The panelists for the January 25 webinar include:

This webinar is co-hosted by the Global Health Institute, the School of Medicine and Public Health Office of Global Health, and the Division of Global Pediatrics and Hematology/Oncology Fellowship Program in the Department of Pediatrics.

UW Professor Gregg Mitman’s new book, “Empire of Rubber: Firestone’s Scramble for Land and Power in Liberia,” tells a story of ecology and disease, of commerce and science, and of racial politics and political maneuvering, as Firestone sought to transform Liberia into America’s rubber empire. Drawing upon excerpts from his newly published book, Mitman will discuss how medical humanitarianism aided Firestone in its attempts to solidify control of land and labor in Liberia. The plantations, in turn, became an experimental laboratory for American biomedical research and reveal the medical racism and Jim Crow attitudes of Firestone’s corporate culture in building a plantation world.

Mitman, Ph.D., is the Vilas Research and William Coleman Professor of History, Medical History and Environmental Studies in the School of Medicine and Public Health. He works at the intersections of the history of science, medicine and the environment in the United States and the world. “Empire of Rubber,” published by The New Press in November 2021, earned a starred review from Publisher’s Weekly that called it “a harrowing and richly detailed account of U.S. tire manufacturer Firestone’s exploitation of Liberian workers in the 20th century.”

March 29: What We Need to Know Before the Next Pandemic

Experts in Wisconsin and across the world explore what steps we can take to reduce opportunity for the next virus to spread and what we can do to prepare for another pandemic. GHI Associate Director James Conway moderates the discussion. The panelists are:

From the collective behavior of bumblebees to the intersection of climate change, air quality, public health and environmental justice, this year’s cohort of Planetary Health Graduate Scholars are exploring relationships between the health of humans, animals and the planet. Their flash talks will also cover the ecological impacts of land-use changes and hunting, the connections between zoonoses, biosecurity and sustainable agriculture, and climate, energy policy and public health.