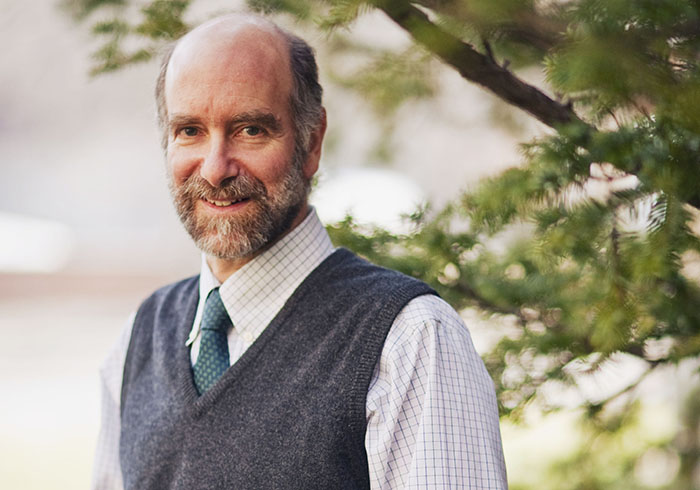 Professor and Global Health Institute Director Jonathan Patz, M.D., MPH, was well along in his research linking climate change to health when he arrived at the University of Wisconsin-Madison in 2004—then everything took off.

“My research and science accelerated when I hit UW-Madison,” says Patz, who has faculty appointments in the Nelson Institute for Environmental Studies and the Department of Population Health Sciences in the School of Medicine and Public Health. “I found myself coming into a university with a culture of collaboration and a breadth of faculty expertise that could come to bear in addressing climate change as a health crisis.”

Patz’s pioneering work has been recognized with a 2020-2021 Wisconsin Alumni Research Foundation (WARF) Named Professorship for distinguished research contributions of the UW-Madison faculty. He is among eight faculty who received the 2021-22 awards that honor those who have made major contributions to the advancement of knowledge, primarily through their research endeavors, but also as a result of their teaching and service activities. The award is supported by the UW-Madison Office of the Vice Chancellor for Reseach and Graduate Eduction with funding from WARF.

“It’s a real honor and a privilege to be given this high recognition from the university,” says Patz, the John P. Holton Chair of Health and the Environment who was named director of UW-Madison’s Global Health Institute in 2011.

“To be put forward by my respective departments is even more gratifying, knowing that my colleagues value the work my team has been doing.”—Jonathan Patz

Patz’s career has focused on the human health effects of climate change and ecological degradation, looking for solutions to benefit humans and the planet. He co-chaired the health report of the first U.S. National Assessment on Climate Change to Congress and, for 14 years, served as lead author for the United Nations Intergovernmental Panel on Climate Change (IPCC). The panel was a co-recipient of the Nobel Peace Prize in 2007.

Patz convened the first-ever session on climate change for the American Public Health Association in 1994 and was awarded the organization’s Homer Calver Award for environmental health leadership in 2014. He also served as founding president of the International Association for Ecology and Health and was elected to the National Academy of Medicine in 2019.

In his teaching, Patz says he always told students that climate change, as a major risk to human health, is accompanied by other global environmental threats that are just as critical, including deforestation, biodiversity loss, urban sprawl and more. In recent years, the concept of planetary health has provided “an overarching framing of global environmental challenges as they relate to public health,” he says. “It is exactly the right framing of it.”

Planetary health was foreshadowed, Patz says, in Tony McMichael’s 1993 book, “Planetary Overload: Global Environmental Change and Human Health.” Patz has named his professorship after McMichael, a preeminent Australian epidemiologist and global environmental health pioneer he worked with at the IPCC.  “Tony McMichael’s brilliance and courage inspired a generation, including me, to start focusing on the health of the planet and its systems that underpin our own health,” Patz says. Beginning next academic year, Patz’s title will be the Tony J. McMichael Professor of Planetary Health, which he calls well-timed as planetary health activities increase on campus.

Patz has written more than 100 peer-reviewed scientific papers and several textbooks addressing the health effects of global environmental change. He co-edited the five-volume “Encyclopedia of Environmental Health” and the 2015 textbook “Climate Change and Public Health” that he dedicated to McMichael one year after his death. Patz’s recent research has focused especially on the health benefits of mitigating fossil fuel emissions. The WARF award includes $100,000 in flexible research funds that Patz plans to use for his work to encourage energy alternatives that also advance public health.

Patz received his bachelor’s degree from Colorado College, and his medical degree from Case Western Reserve University and is double board-certified in Occupational/Environmental Medicine and Family Medicine. He earned his master’s in public health from Johns Hopkins University in 1992. He has also received the Aldo Leopold Leadership Fellows Award, a shared Zayed International Prize for the Environment, a Fulbright Scholar Award, Alumni Special Recognition from Case Western Reserve and the Chanchlani Global Health Research Award.