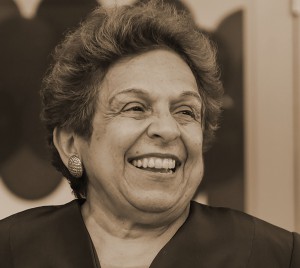 Shalala returns to campus to remind listeners of the important role that women and  children play in everyday lives. Her talk, “Women and Well-being in Wisconsin and the World” is one of three public lectures during the 2016 Summit on Women, Gender and Empowerment.

Registration is required for Shalala’s talk.

The summit is co-hosted by the UW Women’s and Gender Studies Consortium and the UW-Madison 4W (Women, Well-being in Wisconsin and the World) Initiative.

In 2008, President Bush presented Shalala with the Presidential Medal of Freedom, the nation’s highest civilian award. A member of the Council on Foreign Relations, she served as a Peace Corps Volunteer in Iran from 1962-1964. In 2010, she received the Nelson

Mandela Award for Health and Human Rights recognizing her dedication to improving the health and life chances of disadvantaged populations in South Africa and internationally.