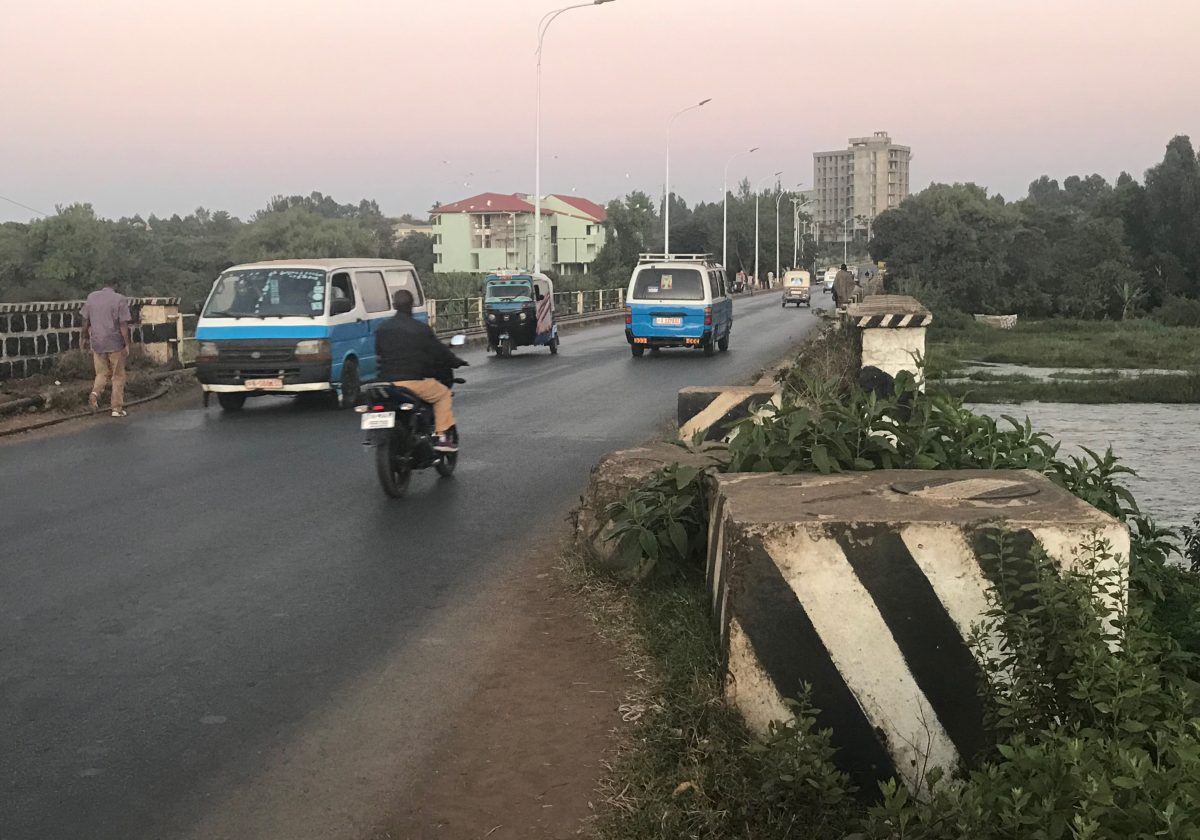 Built in the 1930s, this is the only bridge over the Blue Nile river in Bahir Dar, Ethiopia. A second bridge with pedestrian and bicycle accommodations will be built in the coming years.

For Rahel Desalegne, an Adjunct Professor of Civil and Environmental Engineering at the University of Wisconsin-Madison, it seemed like a natural progression to have the city of Bahir Dar connected to Madison.

Bahir Dar, a city in Ethiopia, is one of Madison’s nine Sister Cities. It’s the second African city that is a sister city of Madison.

Being from Ethiopia, Desalegne was drawn to working with Bahir Dar. Desalegne was involved with the process of making Bahir Dar a Sister City, as well as working on a project to make Bahir Dar more bicycle friendly.

UW-Madison’s Global Health Institute (GHI) sat down with Desalegne to talk about the process of making Bahir Dar a Sister City, the benefits the program brings and what projects are currently being worked in Bahir Dar.

The following interview has been edited for style and clarity.

GHI: Can you talk a little bit about the project to make Bahir Dar more bicycle friendly?

Rahel Desalegne: We have the bikeable Bahir Dar project which is a collaboration project with UW Global Health Institute, UW Civil and Environmental Engineering and the Bahir Dar University. It was a pilot project where we wanted to design and implement dedicated biking on a stretch of about 2.5 miles. Historically, Bahir Dar used to be very bike friendly. People used bikes for their mobility before vehicles. The bike culture over the years has faded away as people embraced more and more motorized transportation. The objective of the project was to bring that culture back to Bahir Dar. It was a three-year grant from 2015 to 2018. Madison is a platinum level bike city. We viewed the Sister City program as a second phase of the bike Bahir Dar initiative.

GHI: When did the Sister City initiative start between Madison and Bahir Dar?

RD:We’ve been talking about it, and the interest was back in March of last year. When we looked into it here, there was a celebration of Sister Cities happening in Madison in April of last year. GHI Director Jonathan Patz and myself attended that celebration. We made the connections with key players that would help us advance the Sister City initiative. We also had the opportunity to invite the former mayor of Bahir Dar to visit Madison in May 2018, including meeting (former) Mayor Paul Soglin, people involved with the University and those involved with Madison’s transportation. Soon after that we went through the application of making Bahir Dar a Sister City to the Sister City Collaboration Committee. It’s a four-month process. The Sister City Collaboration Committee voted unanimously for Bahir Dar to become a sister city. Once they voted the city in, the Madison Common Council included this in their agenda. That happened in November 2018.

GHI: What is the importance of having a Sister City program? What does it bring to Bahir Dar and Madison?

RD:Just having this friendship between the people of Bahir Dar and the people of Madison. I know there are opportunities in Madison where we could have an opportunity to present about Bahir Dar so that people know about Bahir Dar. Also, cultural exchanges and educational opportunities on both sides. Students going there and students coming here. Graduate students coming here and pursuing education. Bahir Dar is a developing city, so having the access to learn from the Madison experience in modern urbanization, learn-based practices and overall developing global citizenship in both cities.

GHI: Are there currently any projects in the works in Bahir Dar?

RD:While we were working on bike Bahir Dar, we got involved with a major bridge project. Lake Tana is the headwater for the longest river in Ethiopia. They call it Abay river, but it’s known as the Blue Nile. There is only one bridge over the Blue Nile in Bahir Dar. That bridge was built in the 1930s and has lived its useful life. It’s a very narrow and unsafe bridge. The country is planning to build a second bridge south of the current one. Through our network of working with stakeholders and leaders there, we found out about that. In our trips to Ethiopia we met with regional and national leaders who make decisions on the bridge and advocated for the bridge to have pedestrian and bicycle accommodation. Within the next year there’s a plan to select firms that would build, but the actual construction would take three to four years. That’s the main one that’s going on besides the bike project. What we really wanted to get out of this is use the Sister City as leverage to further be engaged in various projects and initiatives that could benefit Bahir Dar and also benefit Madison.

RD:I’m so thankful for everyone I talked to, everyone I tried to work with were so embracive of the idea. Even though I pushed for it, I was not the only one who worked on it. There were a group of Ethiopians behind me, Jonathan Patz was very supportive from the get-go and Ald. Samba Baldeh was instrumental. This is wonderful that an African city is connected to Madison, and it’s just a natural progression.