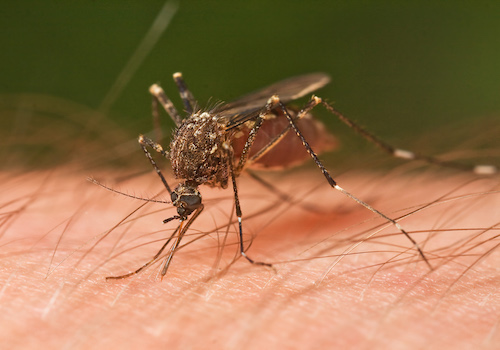 Zika virus could pose a far greater threat to pregnancy than recent studies of miscarriage and stillbirth in human infections have reported.

Researchers at six National Primate Research Centers (NPRCs) combined results from individual studies to find that 26 percent of pregnancies in 50 monkeys infected with Zika virus during the first trimester of pregnancy ended in miscarriage or stillbirth, dwarfing the nearly 8 percent rate found earlier this year by a study of women infected with Zika early in pregnancy. Three more infant monkeys in the new study died soon after birth.

The primate study results were published today in the journal Nature Medicine.

Dawn Dudley, lead author of the new study, expects the true rate of human miscarriage and stillbirth in Zika infected pregnancies is less than 26 percent, but still much higher than human studies show.

“There are limitations to the human studies, which rely on symptomatic infections,” says Dudley, a scientist in the University of Wisconsin–Madison’s Department of Pathology and Laboratory Medicine. “Women get enrolled in the studies because they have Zika symptoms, but we know that up to half of people who have Zika don’t show any symptoms at all. So, the pregnancy studies are probably missing half of the people who have Zika.”

Still more women may have Zika-affected miscarriages before they even know they are pregnant. Others avoid follow-up care for even later-term miscarriages for cultural or other personal reasons.

“You could never account for those women having a miscarriage due to Zika virus infection,” Dudley says.

In the labs at NPRCs, researchers can control the timing and method of infection in a way those studying human infections cannot, monitoring pregnant monkeys — rhesus macaques at the California, Oregon, Tulane and Wisconsin NPRCs, common marmosets at the Southwest NPRC, and pigtail macaques at the Washington NPRC— to follow the progress of Zika virus in their bodies and into their fetuses and the tissues that support fetal development.

Few of the infected monkeys showed any symptoms of Zika infection (typically a rash and conjunctivitis) despite developing infections that were uniformly passed to their fetuses and the attendant high number of miscarriages and stillbirths.

The researchers found that the Zika virus infections — all using strains of Zika virus from recent Asian and American outbreaks — were particularly hard on the tissues connecting the mother to the developing monkey fetus.

“We’re seeing evidence of damage to the placenta, cell death and areas where the cells are damaged to the point where you don’t have proper function,” says Dudley, whose work was supported by the National Institutes of Health, which also funds the NPRCs. “The placenta provides the blood flow and nutrients to the fetus. If you have problems with that aspect of pregnancy, that can lead to intrauterine growth restriction and poor outcomes — smaller babies all the way to fetal demise if the damage is substantial enough.”

The NPRC researchers decided to pool data from many as-yet-unpublished individual studies last summer during a meeting in Madison of scientists studying HIV and AIDS with monkeys. Dudley, pathology professor David O’Connor and other UW–Madison researchers were comparing notes with Zika investigators from around the country, including study co-author Koen Van Rompay of the University of California, Davis.

Plenty of people were — including former UW–Madison professor Antonito Panganiban, now an immunologist at Tulane University, and Oregon Health & Science University microbiologist Daniel Streblow, who earned his doctorate at UW–Madison.

A crowd of nearly 40 researchers running studies of NPRC animals with goals like learning about Zika virus and vaccines, Zika virus and the placenta, the way Zika virus’ progression changes in different monkey species, and the safety concerns Zika may cause for oft-transplanted tissue donated by mothers after they give birth all contributed data on their monkey pregnancies. It gave their combined results a weight they would not have carried in smaller pieces.

“This is an important study where all of the primate centers collaborated to provide enough data and information to further our understanding of Zika’s effect on pregnancy,” said Jean Patterson, who studies infectious diseases in monkeys at the Southwest NPRC in San Antonio.

If the result is that miscarriage and stillbirth are even more prevalent in Zika infections than birth defects, according to O’Connor, “we need to reconsider what we know about Zika virus.”

It may be that the virus — discovered in Africa in the 1940s, but not well-known until recently associated with South American babies born with severe birth defects — has quietly done a great deal more damage. O’Connor likens the possibility of Zika going undetected while multiplying the rate of miscarriage to the discovery three decades ago that HIV was not a boutique infection, but one that had already ensnared an entire continent.

“When HIV was found in the United States in 1981, there were already probably lots of cases in Africa, but it wasn’t in the literature. There was no literature,” O’Connor says. “We need to be open-minded about the possibility that something similar has been happening on a large scale that we simply don’t know about.”

Even as a significant miscarriage risk, Zika virus would be just one of a long list of threats to pregnancy. And O’Connor expects general improvements to healthcare infrastructure in much of the world would make the largest difference in rates of fetal loss.

“But it would still be important to know the extent to which Zika might be contributing in certain places,” he says. “Because those would be places in the future where you might want to deploy a vaccine, therapeutics, or interventions that might make a big difference.”