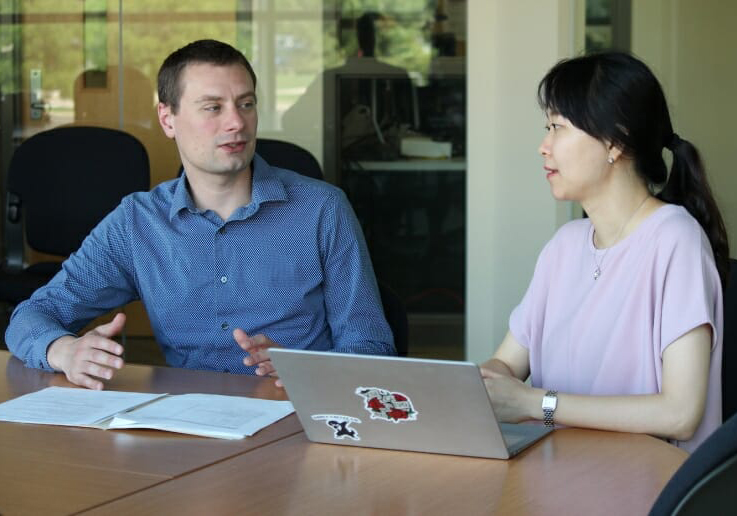 Diabetes is one of the most common chronic diseases in the United States, and the Wisconsin Department of Health Services expects 40 percent of Wisconsin adults to develop it in their lifetime.

A new study by a team of University of Wisconsin–Madison researchers shows that Wisconsin Medicaid’s 2014 coverage expansion had a tremendous impact on making antidiabetic drugs more affordable for one of the state’s populations that needs them most: childless adults with low income.

Although Wisconsin did not participate in the Affordable Care Act Medicaid expansion, legislators approved a limited expansion through a Section 1115 Medicaid Demonstration Waiver. Effective April 2014, this waiver expands coverage for childless adults earning up to 100 percent of the federal poverty level.

Previously, this group had been covered by the BadgerCare Plus Core Plan, which covered fewer medications and had higher copays for generic and brand-name drugs. Transitioning from the Core Plan to the more comprehensive Standard Plan dropped out-of-pocket costs for antidiabetic medication by an average of 70 percent per childless adult, or $36.59 per year.

The expanded coverage also correlated with a 4 percent increase in childless adults using antidiabetic medications, such as insulin and oral medications like metformin. That increase is largely driven by a growing number of people using medication, suggesting affordability might have been an obstacle before the coverage expansion.

UW–Madison School of Pharmacy postdoctoral scholar Nam Hyo Kim and Professor Kevin Look, working in collaboration with Professor Marguerite Burns in the Department of Population Health Sciences, co-authored the study published in the July issue of Health Affairs. They evaluated Medicaid data from April 2013 to March 2015 to capture a full year before and after the change. To account for possible changes in medication costs and usage not related to the Medicaid expansion, the team used Wisconsin parents and caretakers who had already been on the Standard Plan as a control group.

“Our analysis shows that childless adults in Wisconsin tend to be in worse health and older than the parents and caretakers in the state, and they have a high need for antidiabetic medications,” says Kim, who led the study. “Medication use is really important for them to manage their health, and medications for diabetes are getting more expensive over time.”

This study addresses a dearth of research into the effects of drug coverage expansion, despite ample research on what happens when drug coverage is restricted. Its focus on the understudied low-income Medicaid population also sets it apart.

Health Affairs editor-in-chief Alan Weil says access to life-saving drugs among vulnerable populations is a critical issue the journal wants to address. “The findings of this study are relevant not only to policymakers in Wisconsin, but to state and federal officials around the country considering how Medicaid affects access to care,” he says.

This link between coverage and lower out-of-pocket costs could assist lawmakers as many states, including Wisconsin, consider further expanding Medicaid and shoring up gaps in health coverage. This work might also be relevant for other populations with high health care needs, such as older adults on Medicare, and privately insured citizens.

“The focus of this study corresponds with populations targeted by the Affordable Care Act and other important issues in health care policy right now,” says Look, who is currently leading an evaluation of the Wisconsin SeniorCare program for low-income seniors. “These results have implications beyond the relatively small group we looked at and can inform the larger state and national discussions about health care and the effects of coverage expansions.”

Kim and Look worked closely on the study with Burns, who is leading the BadgerCare/Medicaid Research and Evaluation team, which is researching the effects of the Medicaid expansion on health care access, cost, and quality. Burns contributed her expertise on the Medicaid population and policy to guide the approach, analysis, and implications of their findings.

Look is a part of that evaluation team, adding a pharmacy perspective to a group that is primarily composed of health economists. This recent study, he says, is just one piece of that larger research initiative evaluating Medicaid coverage and access.

To add another layer of detail to the evaluation, Kim is planning to next examine medication use and expenditures among those who were newly insured after the policy change.

“I think there has been a lot of discussion in Wisconsin as well as other states about how we can improve the structure of insurance and make it more affordable and accessible to people,” says Look. “What this study let us see is that we were able to expand, cover more people, and save them money, while also improving their medication use.”