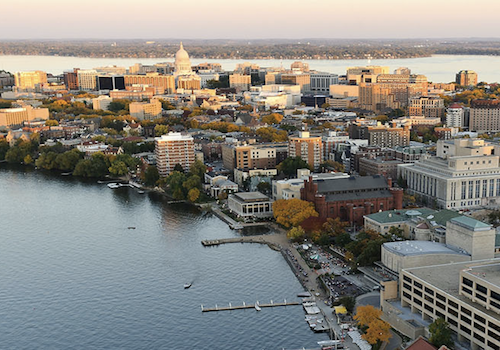 Data on UW–Madison’s 2017 expenditures show the university remains a research powerhouse with more than $1.19 billion in annual expenditures for research across all fields, about half of which comes from federal awards.

Overall R&D expenditures from all sources increased by 3.1 percent from the last survey, however, this increase was unevenly spread among categories. Federal expenditures for UW–Madison saw a 0.6 percent increase from the previous fiscal year and totaled nearly $571 million in spending. UW–Madison also saw increases in the areas of business (7.3 percent), nonprofit (8.8 percent) and institutional funds (9.1 percent), and all other sources (7.4 percent).  R&D expenditures from state and local government funding was the one source of funds that decreased for UW–Madison in fiscal year 2017 (down 11.3 percent from the previous fiscal year).

“UW–Madison has seen an increase in research expenditures for two years now and that is good news,” says Norman Drinkwater, interim vice chancellor for research and graduate education. “Researchers at UW–Madison have received several large collaborative multi-investigator grants fueling that increase and we expect this upward funding trajectory to continue.”

In fiscal 2017, 644 universities responded to the survey.

UW–Madison had been in the top five in the nation in research spending every year since 1972, the year the survey started, until it dropped to 6th in fiscal year 2015 after experiencing a three-year decline in federal expenditures.

Funding for academic research at UW–Madison comes primarily from the federal government as well as institutional funds; additional sources include state and local government, industry, nonprofit organizations, and foundations that support the university. The two most significant private contributors of research support to UW–Madison are the Wisconsin Alumni Research Foundation (WARF) and the UW Foundation.

While the amount of state and local support for research is relatively small, research investments by state and local government remain an important contributor to the research enterprise, augmenting and positioning key programs.

Although the HERD Survey tracks expenditures, UW–Madison also has recently received dozens of large awards that are indicators of its success in generating extramural funding.

To date, the first rounds of UW2020 projects have generated more than $25 million in extramural funding. This initiative seeks to fund research projects that have the potential to fundamentally transform a field of study. UW2020 is underwritten by the Wisconsin Alumni Research Foundation (WARF) with combined funding from other sources.

“UW2020 is accomplishing exactly what we had hoped it would, especially in terms of providing projects the runway so that they are more successful when submitted for external funding consideration,” Drinkwater explains.

Examples of recent major awards include:

“Research is a very competitive environment, but the future for R&D at UW–Madison is bright,” says Drinkwater. “That’s because our robust research culture makes it possible for us to attract the best and brightest scholars from students to staff and faculty.”

In fact, UW–Madison’s faculty recruitment efforts for 2017–18 have resulted in the largest group of new faculty hired in six years at the university, with 112 accepted offers out of 176 offers.

“It is our faculty and a dedicated staff that compete nationally for the research dollars that spur new knowledge and invention, and support our mission in unique and powerful ways,” Drinkwater says.