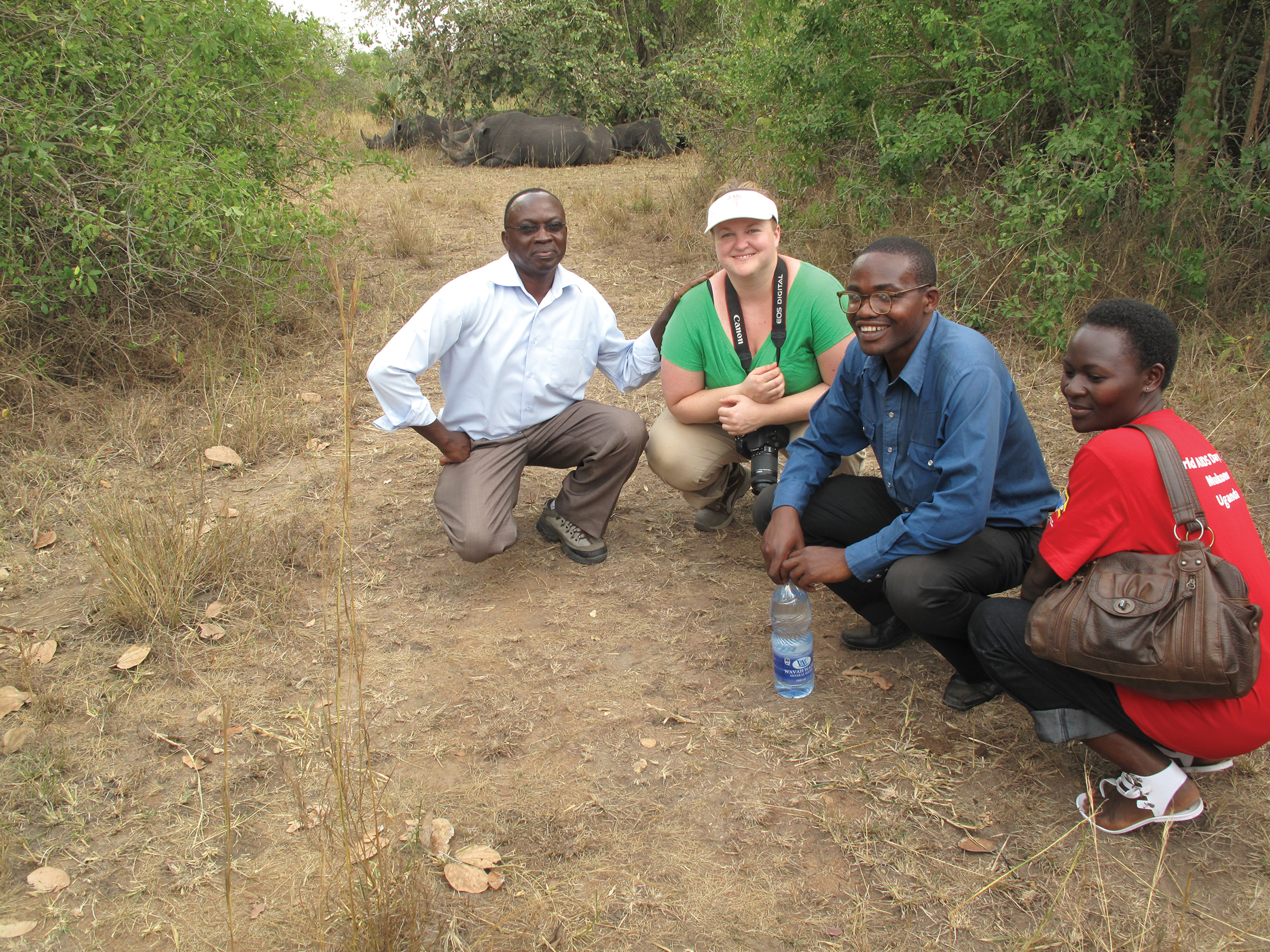 Generating enthusiasm for a new kind of technology is key to its long-term success.  Rebecca Larson’s research team has already accomplished that goal in Uganda, where students at Lweeza’s Primary School have been known to yell “Biogas! Biogas!” after learning about anaerobic digester (AD) systems.

An assistant professor of biological systems engineering at the University of Wisconsin–Madison, Larson hopes that her next project in Bolivia will be met with similar gusto.

But how does an anaerobic digester work? Inside this system, bacteria that do not require oxygen break down manure or other organic waste to create energy in the form of biogas, a mixture of methane and carbon dioxide. The biogas can either be used directly for cooking, lighting, or heating a building, or it can fuel an engine generator to produce electricity.

Larson is often asked if her interest in manure stems from growing up on a farm. It does not. The appeal of manure management, Larson says, is the ability to combine her agricultural and environmental interests “by converting something with such a negative connotation as manure to something positive.”

Larson works on the project in Uganda with Sarah Stefanos and Aleia McCord, graduate students in UW–Madison’s Nelson Institute for Environmental Studies. After discovering their passion for Uganda during research for their master’s degrees, they joined forces with graduate students at Makarere University in Kampala to start the company Waste 2 Energy Ltd. (W2E).

Along with Green Heat Uganda, which has built a total of forty-two digesters in the country, W2E has helped install four AD systems since 2011.

“In Uganda, most of the digesters W2E has installed are locally built underground dome systems at schools and orphanages,” Larson explains.

The systems use human waste from pit latrines, food waste, and everything in-between. The biogas generated by the digester is run through a pipeline to a kitchen stove where the children’s meals are prepared. Compared to traditional charcoal cooking, the AD systems greatly reduce the school’s greenhouse gas emissions.

Larson and her team are now using the WEI seed grant funds to improve the efficiency and environmental benefits of these systems, and to adapt them to the unique needs of their users. Specifically, they want to improve the digester’s management of human waste, reduce its water needs, increase the amount of energy it produces, and generate fertilizer to boost food crop yields.

“Our overall goal is to create a closed-loop and low-cost sustainability package that addresses multiple local needs,” Larson says.

The beauty of the project is that all these needs can be met by simply adding two new components to the existing systems: heating elements and a solid-liquid separator.

“The heating elements burn some of the biogas to maintain a higher operating temperature of the system, especially during the cooler nights. This should double or even triple the biogas production. We have also added a simple solid-liquid separator,” Larson says.

The separator divides the digester’s output into a nutrient-rich solid component and a liquid component, much of which can be piped back into the system. Recycling the liquid greatly reduces the amount of water that needs to be manually added to the digester, conserving a precious local resource and the labor involved in hauling water over long distances. The separator’s solid output is then used to fertilize crop fields, which benefits local food production.

“We have set up demonstration plots to help the farmers visualize the impact of the AD system’s fertilizer by comparing crop yields with and without it,” Larson says.

Down the road, an electrical generator could also be added to the system, providing electricity in a country where only nine percent of the population currently has access.

Since digesters have been well accepted in Uganda, Larson is hopeful that this success can be replicated in Bolivia. Dr. Horacio Aguirre-Villegas, Larson’s postdoctoral fellow, is a Bolivia native who has facilitated a collaboration between UW–Madison and the Universidad Amazonica de Pando in Cobija.

The Bolivian university expressed an interest in learning about AD technology, if funds were available to install a prototype of a small-scale AD system and show that it could operate successfully under local conditions. WEI’s seed grant provided those proof-of-concept funds.

Larson and Aguirre-Villegas will travel to Bolivia in March 2015 to install their first small-scale AD system. Several monitoring components will be included so that local researchers can evaluate the system’s performance.

“We are going for a modular design so that heating elements or a water recycling option can easily be added, once we have a better sense of what the local needs are,” Larson says.

Larson and Aguirre-Villegas hope to get the Bolivian government’s energy department interested in funding additional AD systems in the future. The technology, Larson emphasizes, has two major benefits.

“We hope to improve rural access to electricity, and to increase food production by generating cheap fertilizer.”