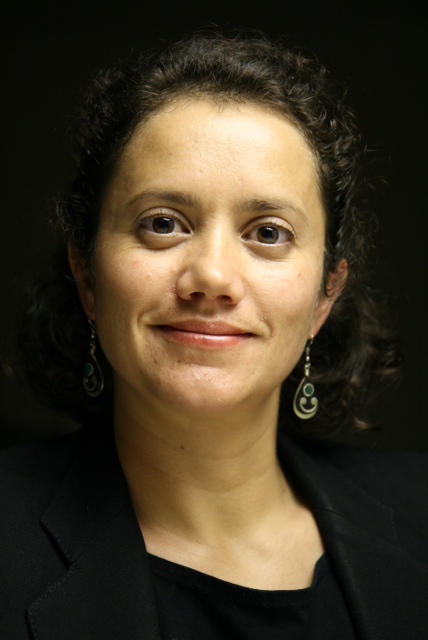 By Sara Schumacher
Picking up your whole life and moving is hard. Doing it twice is even harder. Despite the challenges, Mexican men and women migrate to the United States for work and later return home, changing themselves, their families and their communities in the process.

Visiting Scholar Maria de la Luz Perez-Padilla has spent the last semester working with UW-Madison’s Lynet Uttal to explore how the transition from Mexico to the United States and back again can be eased. Perez-Padilla will discuss her work and partnership with Uttal at 4 p.m. Friday, November 22, in 206 Ingraham Hall.

Men who migrate to the United States for work and then return to Mexico have more psychological resources than those who have never migrated, and they also show fewer symptoms of psychological distress, Perez-Padilla said. 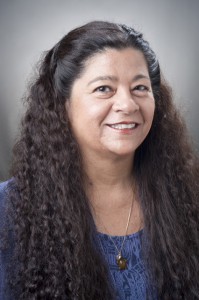 These men are known as retornados, and they must adjust to life in the United States and then readjust to life in Mexico when they return. They face challenges such as reintegrating into their families, where their children may no longer recognize them, and becoming a part of the larger community again. In general, the problems they deal with are adaptation and adjustment issues, Perez-Padilla said. They have to learn how to be in American society while also maintaining their Mexican culture, and after returning, how to renegotiate their Mexican identity.

Perez-Padilla, who completed her master’s degree at UW-Madison and was a school counselor at La Follette High School in Madison for a year, is also a retornado.
A Visiting Faculty Award from the University of Wisconsin-Madison Global Health Institute helped fund Perez-Padilla’s work this semester with Uttal, a professor of Human Development and Family Studies in the School of Human Ecology and Perez-Padilla’s host. Her visit was co-sponsored by the Department of Human Development and Family Studies, Latin American and Caribbean Iberian Studies, Chican@ and Latin@ Studies Program and Counseling Psychology.

A host can simply be someone to sign the necessary forms and support the scholar’s transition to an American campus. However, Uttal and Perez-Padilla are working much more closely together because their research is closely related and they have developed a community project together.

Uttal was going on sabbatical when she received an email from Perez-Padilla last spring. She couldn’t resist the opportunity to work with someone also looking at Mexican immigration from an academic perspective.

“It’s an amazing thing when you can find an intellectual buddy,” Uttal said. “Researchers are so specialized. There may be only two to three people in the world who study the same thing.”

Perez-Padilla described their partnership as two rivers combining into one large, powerful river that can take people to many different places.

“Two strains come together and we are able to work so much more productively,” she said.

Perez-Padilla is sharing her research on retornados and the families left behind with Uttal, whose focus is on the American side of the border and the families who have immigrated to the United States. They are both interested in migrants’ concerns and their issues with adjusting to living in and between two cultures, two societies and two countries.
People are concerned about family. They’re concerned about biculturalism. They’re concerned about the adjustment process in both family life and in the larger society, the women said. Knowing this, Perez-Padilla and Uttal want to help future immigrants adjust. Together, they want their research to help immigrants prepare to come to the United States and to maintain their culture.

“If they believe the roads are paved with gold, that anyone can become president, then they’re not prepared,” Uttal said. “They don’t realize they can’t get jobs without documentation. They don’t know about all the challenges they’ll face.”
By combining their research, Perez-Padilla and Uttal can help the migrants at all stages of the migration process – before they leave Mexico, while they are in the United States and after they return to Mexico.