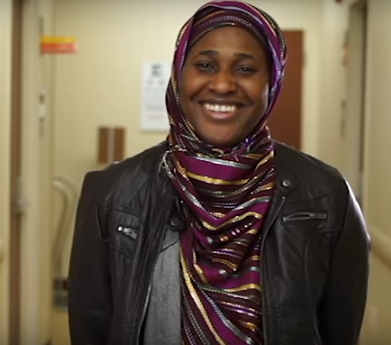 Ummu Drammeh is on a journey. A mother of five (her oldest is 22), she is originally from Gambia in West Africa. Now, she’s a student in the School of Nursing. And that’s not all: She’s a Badger parent, too, with two of her daughters also enrolled here. Drammeh says waiting until later in life to go to college was a good decision. “I think I’m more focused now than I would have been. I have a mission and I know what I want to do.”