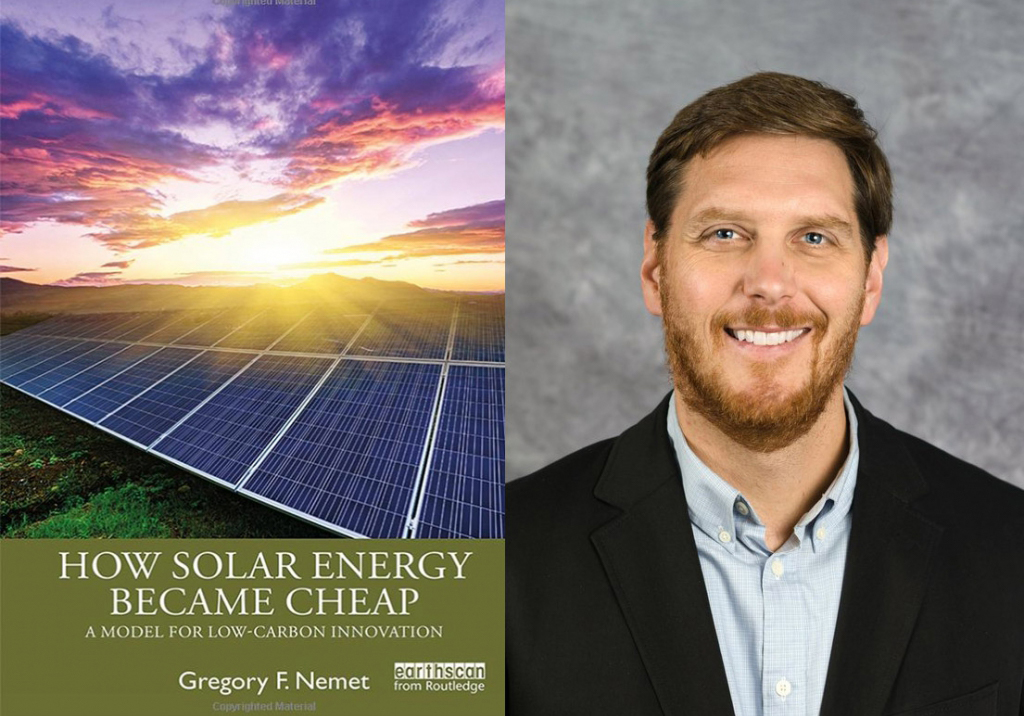 Solar energy, an intriguing novelty 15 years ago, has become a substantial global industry, exceeding expectations of even the most optimistic experts. How did this happen? And why did it take so long?

Nemet makes the case that by understanding the drivers behind solar energy’s success, other low-carbon technologies with similar properties can benefit.

“However, the urgency of addressing climate change means that we also need to understand why it took six decades to get to where we are today,” he said. “One of the key challenges in applying the solar model is to find ways for accelerating innovation.”

Nemet, who joined the University of Wisconsin–Madison in 2007, identifies nine innovation accelerators that could be applied to new low-carbon technologies that fit the solar model.

“My perspective is that committed government action in multiple jurisdictions can enhance each of these accelerators and stimulate improvement in and adoption of the broad set of technologies we will need to address climate change,” he said.

In the book’s preface, Prof. Martin Green at the University of New South Wales wrote, “Greg provides a detailed analysis of how photovoltaics became so cheap and why it took so long. This provides a prelude to addressing the important question as to how this experience can be used to more quickly develop other urgently needed low-carbon technologies. … Greg recognizes that addressing climate change is a daunting challenge, but many good things are happening and we are moving in the right direction — we just need to move more quickly.”

As a 2017 Andrew Carnegie fellow, Nemet studied solar energy’s path to widespread adoption, drawing on new data, analyses, and interviews with 75 people in 18 countries. He found that flows of knowledge from one country to another—often embodied in equipment and as tacit knowledge in the heads of internationally mobile individuals—have been central to solar energy’s success.

Nemet received his master’s degree and doctorate in energy resources from the University of California, Berkeley. He has written more than 60 journal articles and book chapters.

The recipient of a 2015 H.I. Romnes Faculty Fellowship from UW–Madison, Nemet has been a contributor to the Intergovernmental Panel on Climate Change and the Global Energy Assessment. He teaches courses in policy analysis, energy analysis, and environmental policy and is an affiliate at UW–Madison’s Nelson Institute for Environmental Studies.

This story first appeared on lafollette.wisc.edu.