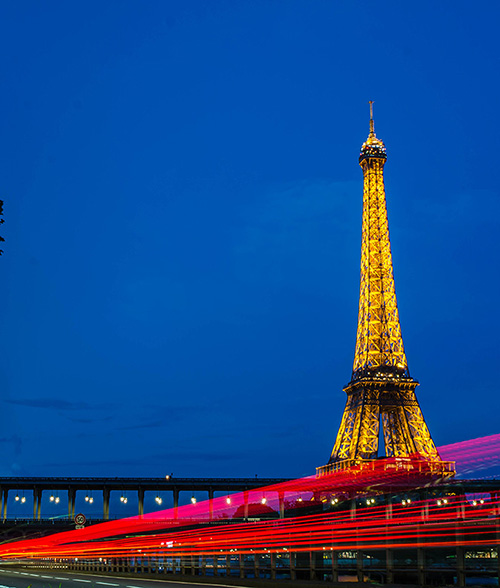 Madison had a unique window on COP21— the catchier name for the 21st session of the Conference of the Parties to the United Nations Framework Convention on Climate Chang. A group of University of Wisconsin-Madison faculty and state business leaders attended the international climate change meeting in person. In a December 3 video conference streamed live from France, they connected with an audience in the Wisconsin Institutes for Discovery, sharing their insights into the unfolding meeting and deliberations on a new international climate agreement.

Paul Robbins, director of UW-Madison’s Nelson Institute for Environmental Studies, moderated the event from Madison and facilitate discussion with panelists and audience members.

The panelists represented a mix of expertise in policy, research and industry:

The panelists reported unexpected optimism among those gathered in Paris. “I think the political will is high; public awareness has never been higher,” Patz says.

Paris is the fourth COP Nesler has attended, and he calls it almost the opposite of the 2009 Copenhagen meeting that resulted in little progress to address climate change. Heads of state arrived in Paris on the first day  of COP21 negotiations to empower negotiators to come to an agreement, he says.

The heads of state were optimismPatz says delegates from governments around the world are approaching COP21 with clear goals and momentum. The first big international agreement, known as the Kyoto Protocol, is set to expire in 2020; the COP21 agenda is centered on writing Kyoto’s successor.

“If we can come out of this with government commitments for a way forward, then non-governmental groups can move forward more quickly and confidently,” Thompson says. He led Gundersen Health System to using 100 percent renewable energy and decreased the cost of care. The plan also reduced Gundersen’s greenhouse gas emissions by 60 to 80 percent and cut particulate matter emissions by 75 percent. In October and November, the system produced more renewable energy than it used.”

Governmental representatives are motivated by a broader understanding of the way changing climate drives dangerous extreme weather and threatens human health, says Patz, who participated in a meeting of the World Health Organization and the Global Climate and Health Alliance running alongside COP21.