Jane Ekayu, founder and executive director of Children of Peace Uganda, will discuss her upbringing, career as a child trauma therapist and experience as a woman in leadership. Her talk is sponsored by UW GlobeMed and the 4W Initiative, and will be followed by a Q&A session.

Ekayu has extensive experience as a child trauma therapist. While working at the Rachele Rehabilitation Centre in Uganda from 2004 to 2006, her role was to receive child soldiers returning from captivity from the civil war with the Lord’s Resistance Army (LRA), assist them in their physical, emotional, and psychological healing, and facilitate their reintegration back into the community. 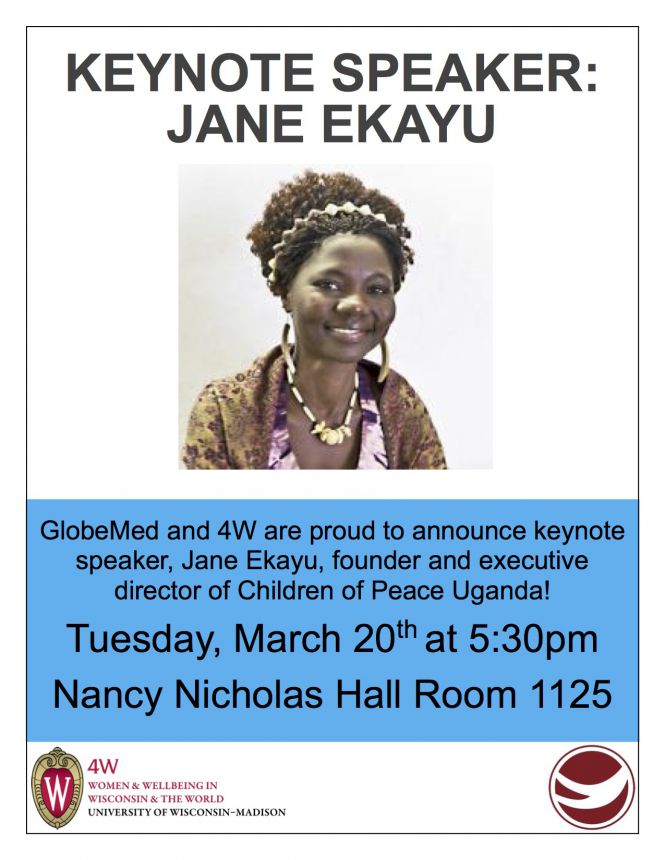