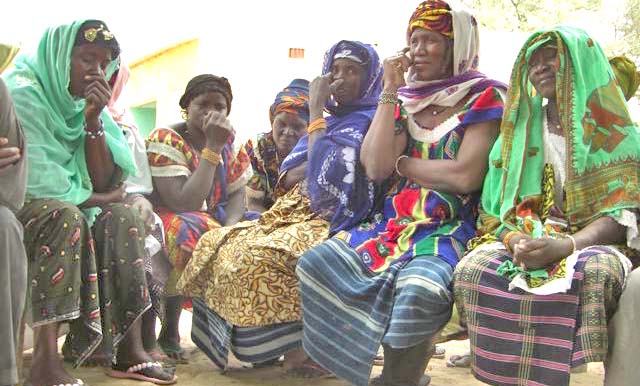 Foltz, a professor in the Department of Agricultural and Applied Economics, is co-director of the Program of Agricultural Technology Studies. A Global Health Institute Seed Grant funded the project to explore gender, agricultural productivity and sustainability in Mali, Africa. One of Foltz’s graduate students, Julie Collins, focused her research in Mali on the issues that cause women’s fields to have lower yields than men’s.

Foltz and Collin’s research offers a new perspective on women as farmers in Africa. They found that a women’s role at home and with her children are her first priorities, leaving little to tend to farming.

“These findings have huge implications for how one thinks about women in agriculture in Africa. Most of the current thinking is that women are less productive, so we need to get them better technology and help them be better farmers. Our data suggest a different story.”—Jeremy Foltz, Seed Grant recipient

Women can produce as much as men, and those women who do either do not have many children to take care of or they can call upon more labor in the home, Foltz says.

Timesaving strategies at home would do the most to increase the productivity of women’s crops because they give women more time to manage family and farming, he says. “I would argue that many people who are thinking about this issue are thinking about it the wrong way,” Foltz says. “If you don’t properly evaluate a woman’s time and power in relation to her household and instead just provide her with a technology that should in theory work, but actually requires more labor, that technology is not going to be successful. It could work if you change the power differentials of the household, but that is unlikely to occur in the short term.”

Basic time saving solutions, including childcare, could make a big difference, giving women more time to farm. “Certainly things that reduce the amount of time women need to spend on household chores like running water and gas stoves would have a positive effect on production,” Foltz says.

Creating any new agricultural technology designed to specifically help women in Mali must acknowledge the labor demands in their homes.

“It’s not so much that these proposed technologies wouldn’t work, but rather the technologies that solve the productivity issues for Malian women are not exclusively agricultural,” says Foltz.

“Women I have talked to in Mali are very excited about the possible use of herbicides because weeding labor is the hardest thing to come by in the production system,” he says. “If you can spend money to get rid of your weeds rather than labor time that you don’t have because you are taking care of your kids, you’re ultimately going to save time and improve your productivity.”