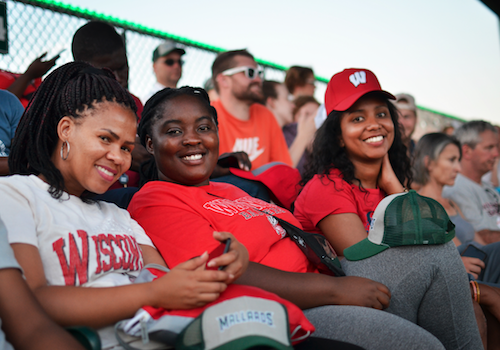 Few buildings in Madison are filled with more geographic diversity than Ingraham Hall, where the 2018 class of Mandela Washington Fellows gathers for regular meetings.

UW-Madison’s Mandela Fellows hail from sixteen countries across the African continent. They arrived to campus in June for a six week public management institute sponsored by the U.S. Department of State’s Young African Leaders Initiative. The Mandela Washington Fellowship is highly competitive, selecting only 700 Fellows from more than 37,000 applicants. The 25 Mandela Fellows hosted at UW-Madison are some of Africa’s best and brightest young leaders.

So far, this year’s Fellows have visited Sassy Cow Creamery and the Columbus City Hall, volunteered at community organizations like the Goodman Center and the Bubbler and dialogued with Wisconsin leaders including LaTonya Johnson, Amy Loudenbeck and Russ Feingold. Following their six weeks in Madison, Fellows will gather in Washington, D.C. for a summit with nearly 700 other Fellows from institutes across the U.S.

The African Studies Program caught up with a few of these outstanding young leaders to reflect on their experiences in Madison thus far.

WHAT WAS YOUR FIRST IMPRESSION OF MADISON?

Francis Ayomoh (Nigeria): People have this sense of pride in their city and their country in general. Everybody is proud of Wisconsin – the Wisconsin Idea.

Edosa Shawn Idada (Nigeria): My first view of the city of Madison was the scarcity of black people. I’ve seen movies. I’ve seen so many things about American life. I’ve seen a lot of black people in them, but in this part of the world there are less black people. [Many] I see here are [homeless]. It brings up the question of the great disparity between whites and blacks in the city. It is a question that is very, very complicated. And people tend not to ask it because they don’t know the answer.

Patrick Kabwe (Zambia): Many of the people I’ve interacted with are too individualistic. They just mind their own business. Sometimes if you say “Hi” or “Hello,” they say nothing.

Bertha Mbuya (Tanzania): Coming from a country with a lot of violence, I expected that here. But everyone has been so kind. Yesterday when we were coming from the mall, we were completely unsure, but the bus driver was very kind. He came from the seat to where we were sitting and made sure we knew where we were going.

WHAT IS ONE EXPECTATION YOU HAD OF THE UNITED STATES BEFORE COMING THAT HAS CHANGED SINCE YOU’VE ARRIVED?

Edosa Shawn Idada (Nigeria): The picture of the United States from my country is a rapid increase in gun violence – how kids are shot in classrooms. But it’s more like a headline, and I have not [personally] seen it. When you are looking at [Nigeria] from the point of view of an American or a Brit, you hear of Boko Haram. But when you come to Nigeria, you see that [violent extremism] doesn’t happen every day. Maybe it happens once and it makes the headlines. The same thing applies to my experience [in the U.S.] so far.

Magessa George (Tanzania): Before coming here, America seemed this big, powerful country – very rich and providing a lot of assistance to Africa and all over the world. I thought that in America, life is good for everyone. But I was surprised to find some people homeless. People who have problems are all over, not only in Africa. They are even in America.

Francis Ayomoh (Nigeria): We had this perfect picture of the United States as a world power that takes care of its people, and everything’s wonderful and all rosy. But coming here I now see that it has its own challenges. [In Africa], it is not likely that you will see homeless people on the streets. Also, though [the U.S. health system] looks very effective, healthcare is clearly not as available. If I was a middle or lower class American barely surviving on $500 or $1000 per month, calling an ambulance would not be a [financial] option. It’s not as rosy as they make it look in Hollywood. 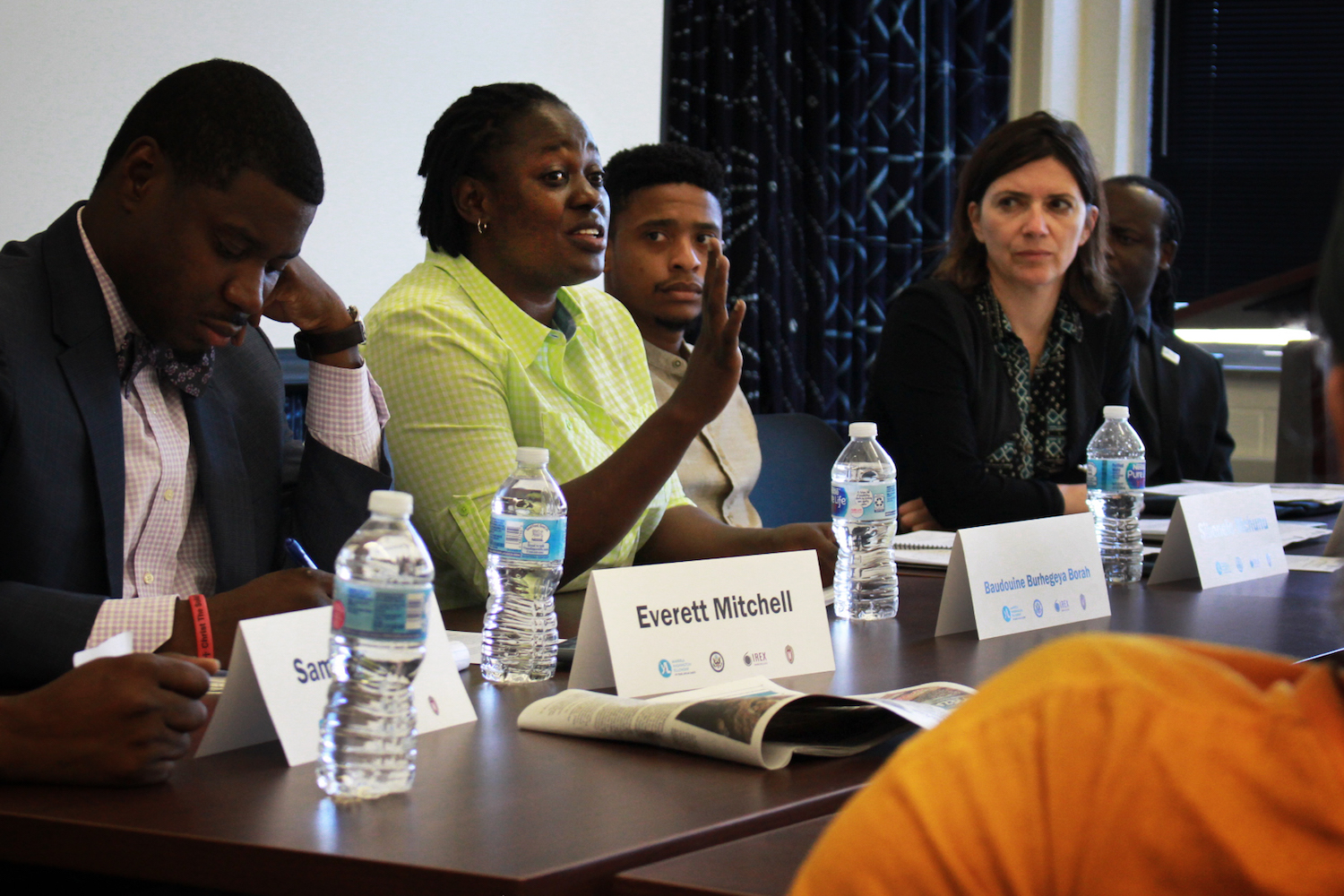 WHAT DID YOU THINK OF YOUR VISIT TO COLUMBUS, WISCONSIN?

Patrick Kabwe (Zambia): When you told us it was a village, my understanding of a village was from back home – a township with houses with thatched roofs. But when I went there, it was totally different! It is an environment that has modern infrastructure and is very impressive.

George Magessa (Tanzania): It was my first time visiting Columbus Community Hospital – wow! In that hospital, if someone doesn’t tell you that it’s a hospital, you could say it is a hotel.

Francis Ayomoh (Nigeria): Though you said it was a rural area, it didn’t really look rural to me. Maybe the Founding Fathers did a good job.

HOW WAS THE FOURTH OF JULY?

Rose Nakame (Uganda): Most people were saying, “Happy Fourth of July.” It’s the idea of moving past the Independence Day and past the colonial times and looking at yourself as a country. For us back home in Uganda, we are looking at it as Independence Day, but most people think that we are still colonized by this dictatorial regime. You cannot expect people to be patriotic if there is nothing that they can hold onto.

Francis Ayomoh (Nigeria): It was nice to see Americans having fun, celebrating with the carnivals and fireworks. If there’s one lesson we [Nigerians] need to learn from here, it is how we can be more patriotic about where we come from (though there lot of factors that make that possible in the U.S.). It’s just independence, but here the average American takes it personally.

This story first appeared on the African Studies Program website.