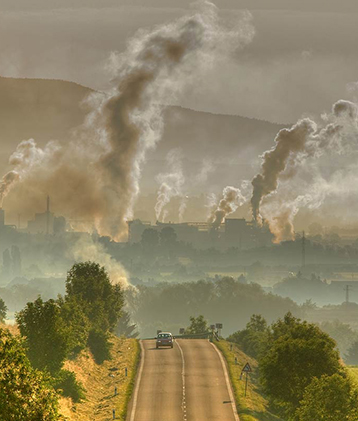 “Emphasizing co-benefits, combining adaptation and mitigation efforts, and increasing interagency coordination can effectively address both public health and climate change issues,” according to “Climate Change and Public Policy,” which appeared in a special 2016 Public Health Law Conference supplement to the Spring 2017 issue of the Journal of Law, Medicine & Ethics. “This level of coordination and organization is challenging, but the health effects of climate change are so widespread, complex, and inimical to sustained well-being that it is essential that climate change should be the organizing principle for public health policymaking for the foreseeable future. Making climate change one of many policy priorities is insufficient. Simply, climate resilience is public health.”

“Everyone you talk to will say what they’re working on is a very important problem. And it is, and climate change will make that problem worse. Addressing climate change is an opportunity to address many problems, from heart disease to early childhood death to food security.”—Jason Smith, assistant professor, California State University, East Bay

health,” Vargo says. “My part is to show the scientific consensus on climate change, human contributions and what’s expected to happen to public health.” Vargo also pointed the lawyers toward leading scientific papers about climate change, including the Intergovernmental Panel on Climate Change reports and The Lancet Report on Health and Climate Change.

“The evidence of climate change is unequivocal,” the authors write, citing a warming atmosphere, decreasing ice cover and rising sea levels. Human drivers of climate change are clear, and strong evidence shows that “health is sensitive to changes in the climate system.The most severe impacts are the expected exacerbation of existing health problems.”

Lead author Smith is a public health lawyer who believes climate change is the game-changing problem for his field. “If we snapped our fingers and solved this problem today, we’re still locked into a very significant period of disruption,” he says.

Smith’s interest in climate change grew after he moved to California and began experiencing climate change consequences, including the drought, in real-time. “I was amazed and shocked that very few people in public health are working on (climate change),” he says.

Public health tends to react to immediate challenges, such as adaptations for rising heat or ways to reduce gun violence, he says. Public health advocates tend to focus on 5- to 10-year budget cycles, not large, multi-decade problems.

“Everyone you talk to will say what they’re working on is a very important problem,” Smith says. “And it is, and climate change will make that problem worse. Addressing climate change is an opportunity to address many problems, from heart disease to early childhood death to food security,” he says.

The authors look to climate change as an organizing principle for public health action. Climate change is broad, comprehensive and interdisciplinary, and captures many substantive areas and health vulnerabilities, Vargo says. Addressing climate change addresses intergenerational health, which can help policy makers think about improving the health of generations to come.