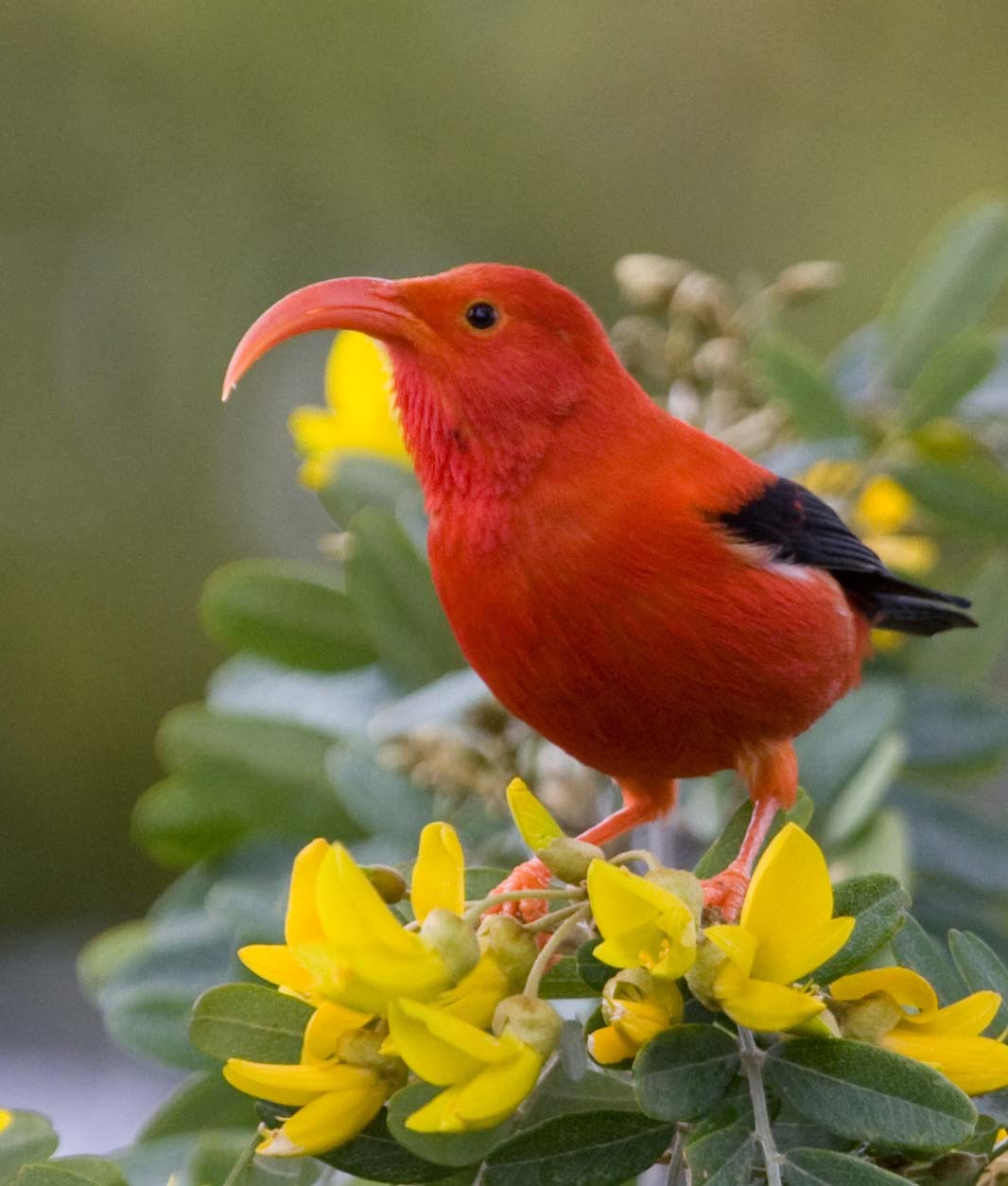 A new study published in Global Change Biology, by researchers at the U.S. Geological Survey and the University of Wisconsin-Madison, assesses how global climate change will affect future malaria risk to native Hawaiian bird populations in the coming century.

Mosquito-carried diseases such as avian pox and avian malaria have been devastating native Hawaiian forest birds. A single mosquito bite can transfer malaria parasites to a susceptible bird, where the death rate may exceed 90 percent for some species. As a result, many already threatened or endangered native birds now only survive in disease-free refuges found in high-elevation forests where mosquito populations and malaria development are limited by colder temperatures. Unlike continental bird species, island birds cannot move northward in response to climate change or increased disease stressors, but must adapt or move to less hospitable habitats to survive.

“We knew that temperature had significant effects on mosquitoes and malaria, but we were surprised that rainfall also played an important role,” said Michael Samuel, a USGS Wisconsin Cooperative Wildlife Research Unit scientist, associate professor of forest and wildlife ecology at UW-Madison, and faculty affiliate of the Nelson Institute for Environmental Studies. “Additional rainfall will favor mosquitoes as much as the temperature change.”

With warming temperatures, mosquitoes will move farther upslope and increase in number. The authors expect high-elevation areas to remain mosquito-free, but only until mid-century when mosquito-friendly temperatures will begin to appear at higher elevations. Future increases in rainfall will likely benefit the mosquitoes as well.

Scientists know that historically, malaria has caused bird extinctions, but changing climates could affect the bird-mosquito-disease system in unknown ways. “We wanted to figure out how climate change impacts birds in the future,” said Wei Liao, post-doctorate at UW-Madison and lead author of the article.

As more mosquitoes move up the mountainside, disease-free refuges will no longer provide a safe haven for the most vulnerable species. The rate of disease infection is likely to speed up as the numbers of mosquitoes increase and more diseased birds become hosts to the parasites, continuing the cycle of infection to healthy birds. (Read about related research by Sara Hotchkiss, an associate professor of botany and Nelson Institute affiliate.)

Researchers conclude that future global climate change will cause substantial decreases in the abundance and diversity of remaining Hawaiian bird communities. Without significant intervention many native Hawaiian species, like the scarlet ‘I‘iwi with its iconic curved bill, will suffer major population declines or extinction due to increasing risk from avian malaria during the 21st century.

There is hope for the birds. Because these effects are unlikely to appear before mid-century, natural resource managers have time to implement conservation strategies to protect these unique species from further decimation. Land managers could work toward preventing forest bird number declines by restoring and improving habitat for the birds, reducing mosquitoes on a large scale and controlling predators of forest birds.

“Hawaiian forest birds are some of the most threatened forest birds in the world,” said Samuel. “They are totally unique to Hawai‘i and found nowhere else. They are also important to the Hawaiian culture. And at this point, we still don’t fully understand what role they play as pollinators and in forest dynamics.”

The article, “Will a Warmer and Wetter Future Cause Extinction of Native Hawaiian Forest Birds?” can be found in the online edition of Global Change Biology.

The work was supported by the Department of Interior Pacific Islands Climate Science Center, which is managed by the USGS National Climate Change and Wildlife Science Center. The center is one of eight that provides scientific information to help natural resource managers respond effectively to climate change.

This story was originally published by the U.S. Geological Survey.