Rob Wallace, an evolutionary biologist visiting the Institute for Global Studies at the

University of Minnesota, kicks off a new programming series for UW-Madison’s African Studies program. He will discuss Ebola and One Health as part of the African Studies lecture series on “One Health and the History of Infectious Disease Research.”

Wallace’s research addresses the evolution and spread of influenza as it relates to the economics of agriculture, the agroeconomic roots of the Ebola outbreak in West Africa, the social geography of HIV/AIDS in New York City, the emergence of Kaposi’s sarcoma herpesvirus out of Ugandan prehistory and the evolution of infection life history in response to antivirals.

Wallace has consulted on influenza for the Food and Agriculture Organization of the United Nations and the Centers for Disease Control and Prevention. His most recent book, “Big Farms Make Big Flue: tracks the way influena and other pathogens emerge from agriculture controlled by multinational corporations. He is co-author of “Farming Human Pathogens: Ecological Resilience and Evolutionary Process” and blogs at “Farming Pathogens.” 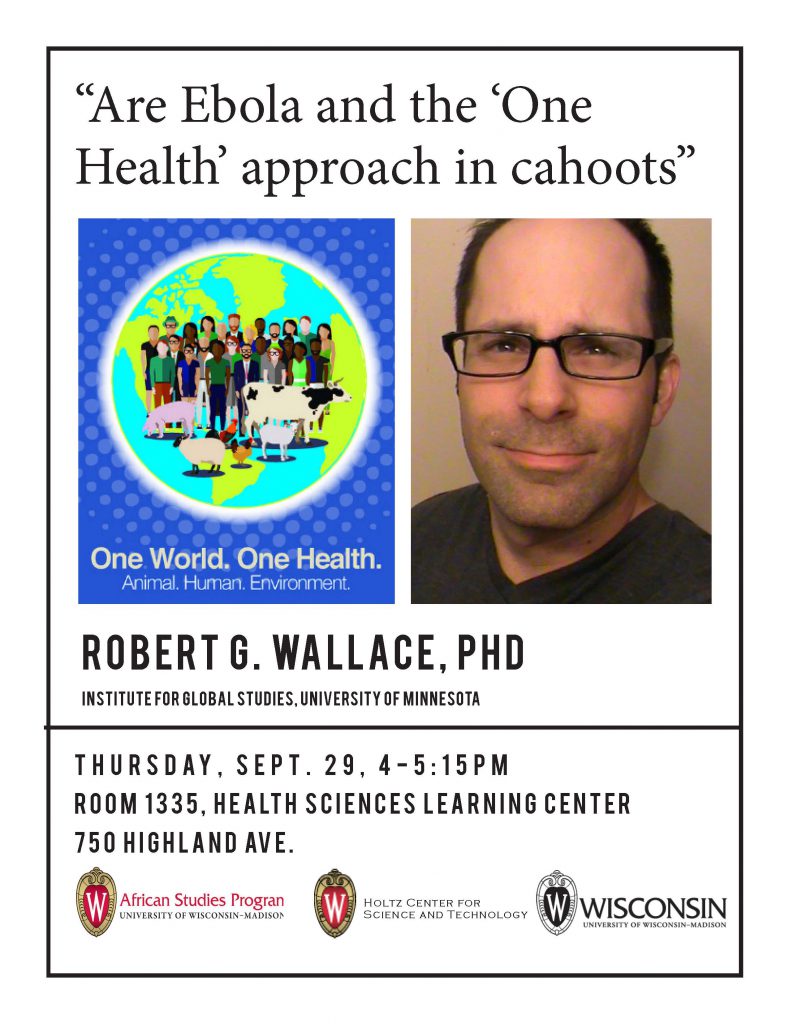