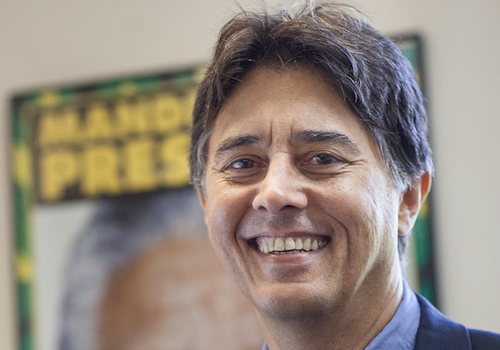 “The enjoyment of the highest attainable standard of health is one of the fundamental rights of every human being without distinction of race, religion, political belief, economic or social condition,” the World Health Organization (WHO) declared as part of its Constitution in 1946. This promise and the promises made by the United Nations’ International Covenant on Social, Economic and Cultural Rights have shaped the history of WHO’s approach to public health, and transformed health as a fundamental right into health as a constitutional right for a number of countries.

Heinz Klug, UW-Madison Evjue-Bascom Professor of Law, explores the right to health during a Global Health Tuesday seminar at 4:30 p.m., Tuesday, Feb. 26, in Cooper Hall Auditorium at the UW-Madison School of Nursing. In “A Human Right to Health: From Public Health to Constitutional Litigation,” he will discuss the impacts of health as a human right. He will also consider the debates about approaches to public health, access to health care and the implications for the governance of global health more generally.

Growing up in Durban, South Africa, Klug participated in the anti-apartheid struggle, spent 11 years in exile and returned to South Africa in 1990 as a member of the African National Congress (ANC) Land Commission and researcher for Zola Skweyiya, chairperson of the ANC Constitutional Committee. He is an Honorary Senior Research Associate in the School of Law at the University of the Witwatersrand, Johannesburg, South Africa, and was also a team member on the World Bank mission to South Africa on Land Reform and Rural Restructuring.

A poster for the event can be found here.