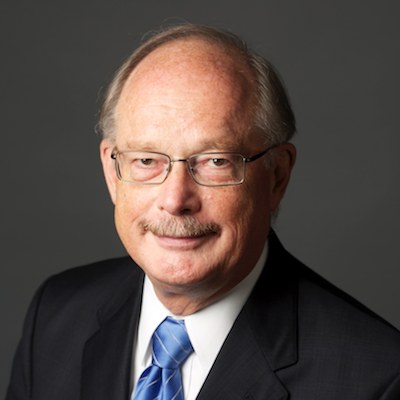 Lange worked from 2009-13 at the Bill & Melinda Gates Foundation, where he engaged in high-level global health advocacy with international organizations and African governments.

Lange had a distinguished 28-year career in the Foreign Service at the U.S. Department of State, where he was a pioneer in the field of global health diplomacy. He served as the Special Representative on Avian and Pandemic Influenza; Deputy Inspector General; Deputy U.S. Global AIDS Coordinator at the inception of the President’s Emergency Plan for AIDS Relief; and U.S. Ambassador to Botswana (1999-2002), where HIV/AIDS was his signature issue. Lange led the U.S. Embassy in Dar es Salaam, Tanzania, as Chargé d’Affaires during the August 7, 1998, terrorist bombing. Earlier, he had tours of duty in Geneva, Lomé, Paris and Mexico City.

Lange is the author of a case study on pandemic influenza negotiations, has delivered numerous lectures and writes a blog on global health issues. He has served on global health and security committees of the U.S. National Academies of Sciences, Engineering. and Medicine. At the University of Wisconsin-Madison, he is a member of the Global Health Institute’s Board of Visitors and the International Division’s Advisory Board. He has an M.S. degree from the National War College and J.D. and B.A. degrees from the University of Wisconsin-Madison.