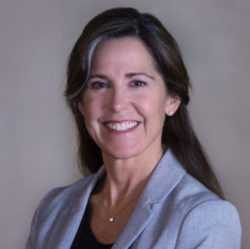 Cynthia Wautlet, M.D., attended medical school at Johns Hopkins University School of Medicine and completed her residency in obstetrics and gynecology at the University of Wisconsin School of Medicine and Public Health, where she was named “Outstanding Ob-Gyn Resident” in 2005. She is certified by the American Board of Obstetrics and Gynecology and also holds a certification in neonatal resuscitation from the American Academy of Pediatrics.

Wautlet is a fellow of the American Congress of Obstetricians and Gynecologists and a member of the Association of Professors of Gynecology and Obstetrics, the Obesity Society, the American Society for Colposcopy and Cervical Pathology, and the American Association of Gynecologic Laparoscopists. Locally, she serves as an academic partner to the YMCA of Dance County, a member of the Alliance for a Healthy South Madison, co-chair for the Prenatal to One Working Group and an expert review panel member with the Wisconsin Association for Perinatal Care.

Areas of particular clinical interest to Wautlet include abnormal uterine bleeding, postmenopausal bleeding and diagnosis and management of precancerous cervical lesions. Her research interests include maternal weight and wellness, with a special focus on under-served populations affected by disparities in birth outcomes, and evidence-based prenatal care, including preconception planning, breastfeeding promotion and birth spacing. She is helping to develop a community-academic partnership with the YMCA of Dane County aimed at promoting healthy weight before, during and after pregnancy for women in the South Madison Redevelopment District.

As medical director of the Arboretum Ob-Gyn clinic, Wautlet trains residents and medical students in ambulatory women’s health care with a focus on consulting skills and under-served populations. In addition to her role as assistant professor in the Department of Ob-Gyn, she is an affiliate of the UW Population Health Institute and served as a visiting faculty member at the St. Paul Millennium College in Addis Ababa, Ethiopia, teaching simulation in abdominal hysterectomy, communication in medicine, clinical skills and reproductive health.