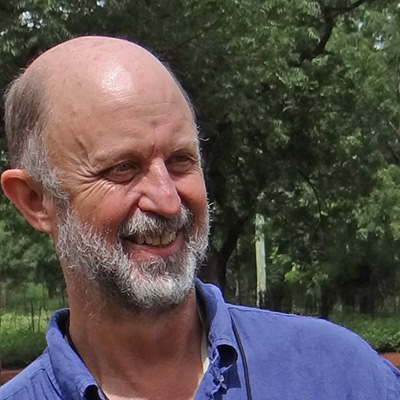 Christopher W. Olsen is director of the Graduate • Professional • Capstone Certificate in Global Health program at the Global Health Institute (GHI). He is a professor emeritus of public health in the Department of Pathobiological Sciences at the School of Veterinary Medicine at the University of Wisconsin-Madison and affiliated with the master’s of public health degree program, including membership on the MPH steering and admissions committees. He has previously served as a member of the UW-Madison Morgridge Center for Public Service and Wisconsin Without Borders Advisory Committees and as an alternate representative to the National Academy of Sciences Institute of Medicine Global Forum on Innovations in Health Professional Education.

Olsen received his DVM and Ph.D. degrees from Cornell University and completed a postdoctoral fellowship at the UW-Madison. He has held several administrative positions in addition to his faculty roles.

From 2007-2012 he served as associate dean for academic affairs in the School of Veterinary Medicine, and from September 2012 through June 2014, he was interim vice provost for teaching and learning for the UW-Madison. In that senior university leadership position, he co-chaired the university’s Educational Innovation effort and the University of Wisconsin System learning analytics project, and was a member of the core team planning for UW-Madison’s Higher Learning Commission reaccreditation, among other responsibilities. From 2014 to 2015, he was acting director of GHI. His research and teaching work has taken him to many countries throughout the world, including most recently working in Ghana on a project to develop One Health and girls’ empowerment curricula for junior high school students.

Olsen’s research focused on public health aspects of influenza in animals and the genetic factors that control transmission of influenza viruses among people and animals. In addition, he has very strong educational interests in zoonotic infectious diseases more generally, in building bridges between the veterinary medical and human medical professions, and in promoting an interdisciplinary One Health approach for global and public health.

Olsen completed the Joseph F. Kauffman Administrative Development Program at the University of Wisconsin-Madison in 2009-2010 and was a Committee on Institutional Cooperation (CIC) Academic Leadership Program Fellow in 2010-2011. He has published more than 65 refereed research and educational journal articles, as well as numerous proceedings and book chapters. He is also the recipient of several faculty honors, including election to the UW-Madison Teaching Academy and the School of Veterinary Medicine’s Norden Distinguished Teacher Award and Walter F. Renk Distinguished Professor Award.